These are the standards for the articles, pictures and any other items on the EXO Wiki. If you need any help, or if you have any questions or concerns, our administrators will help you. Our active admins are DearStupid and NTA65bz. For Policies, visit EXO Wiki:Policy and EXO Wiki:User Rights Policy.

There is a difference between a rumor and a theory. (Definitions from dictionary.com)

Rumors and theories are both allowed on this wiki, but should be specified as such. Passing rumors or theories as fact, without appropriate qualifiers, is unacceptable.

An acceptable example of each is as follows.

The words 'EXO','EXO-K', and 'EXO-M' have to be capitallized since those are the groups' official names.

We have all taken English classes and standard English grammar has not changed in the last few years. The English language, especially in a wiki, is not the place to make up your own new rules.

Please note that the apostrophe indicating possession, as in "EXO's SHOWTIME", "members'", "member's" or "Kris' lawsuit" are not contractions, and therefore not subject to this rule.

All descriptions must be impartial. Sentences containing editorial bias must be rewritten objectively.

Descriptive adverbs and adjectives with connotations that convey the author's bias or personal feeling should be left out. Beauty is a matter of opinion. Use pictures along with descriptions to get your point across.

We do not use the members' full names since not many people know the members' real names, the titles are not to be included in the article name. Use their stage name only.

Example: Kai's full name is Kim Jong-in; his page title is simply Kai. Just put the full name/real name in brackets beside the stage name in the page's infobox.

Remember that every member has there own infobox. Just put {{Infobox/(member's name)}} for the template, before adding the info.

Profile pictures must be approximately 300x400 pixels max and good quality. An example of the appropriate size is below: 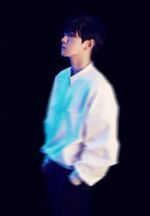 The infobox should include the following information. If one or more categories is unknown, leave it blank.

The article should be written out in this order:

Episode infoboxes are the (new) normal infobox template, just need to follow the instruction. It should have the following information, in the following order. The missing/unavailable information does not need to appear.

The quality of a picture depends on how well you are able to see its contents. If the picture seems off (for example, it is too bright, too dark, or too grainy and you are not able to make out details) it is not acceptable and should not be used anywhere on the site.

Only put pictures on the pages after all of the information has been added. If the description is good enough, then adding pictures won't be a necessity until later.

Stock art is a valuable tool to communicate an outfit. However, some "stock art" isn't really stock art - it is painted on a model. Be careful. If the watermarks are almost invisible, these are accepted.

Stock art must be: 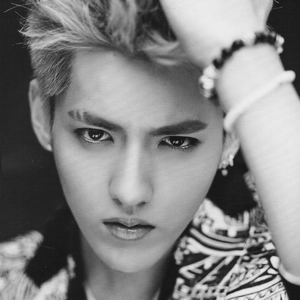 Super-small pictures are acceptable for user icons only. If the gallery thumbnail is too large for the picture, the picture is too small, and cannot be used on this site.

Screenshots are wanted and needed; however, there are some criteria.

For late night/dark area screenshots, we probably will not be able to see the faces very well. A little blurry is fine.

Linux Ubuntu screenshots are preferred, because they are taken straight from the computer/device itself. Some fan art can look very real, so be careful.

These should contain official stock art or unique screenshots only, such as a character's appearance in a movie or game. NO UNNECESSARY, RANDOM SCREENSHOTS. This rule will be enforced to the best of the admins' abilities, but if a user persists after BEING WARNED, they will be blocked. No arguments.

Translations are very important, it helps a person to understand a song if it is not in it's native language. However, due to the fact that a word may refer to 2 or 3 meanings in another language, translations may cause problems.

Some translators may use "singable lyrics" to those who wants to dub a song. These lyrics ae also acceptable, but must be noted to be the "singable" (Note: Translyrics are more inaccurate compare to normal translations due to fit a songs beat.)

Retrieved from "https://exo.fandom.com/wiki/Help:EXO_Wiki_Standards?oldid=5606"
Community content is available under CC-BY-SA unless otherwise noted.